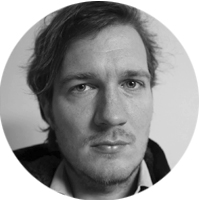 Momentography of a failure workshop

Daniel Kötter is an international filmmaker and director. His works alternate between different media and institutional contexts and combine experimental film techniques with performative and documentary elements. They have been shown worldwide at numerous film and video art festivals, in galleries, theaters concert halls.

His extensive film and text work KATALOG (2013) was made in 13 countries around the Mediterranean with a particular interest in practices in space.

Visual research leads him again and again to the African continent and the Middle East.

2014-18 he worked with the curator Jochen Becker () on the research, exhibition film project CHINAFRIKA. Under Construction.

Daniel Kötter is currently working on a series of spatial performances and 360° films on the landscape and social consequences of in Germany, West Papua, DR Congo Estonia under the title landscapes and bodies.